Since its creation in 1969, Sonelgaz, the national electricity and gas company, is the main operator in electricity production and distribution.

The current annual electricity production capacity of 19006 MW. An additional capacity of 21 307 MW, costing $ 1 949 billion, is planned to be implemented between 2017 and 2027. Algeria’s electricity network is connected to Tunisia and Morroco.

During these last years, many efforts have been made by Sonelgaz and its subsidiaries, in order to improve capacity production of electricity. These efforts have yielded to the increase of the installed power generation capacity, from 7,492 MW in 2005 to 17,238.6 MW in 2015. 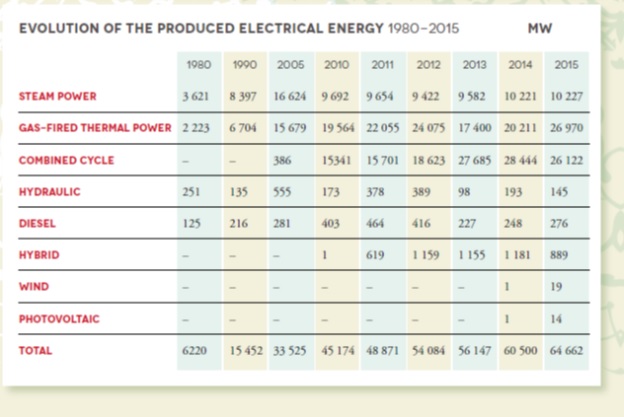