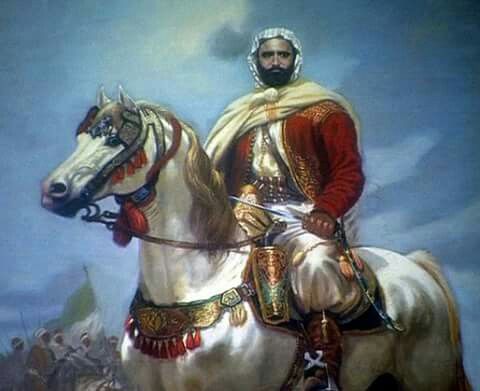 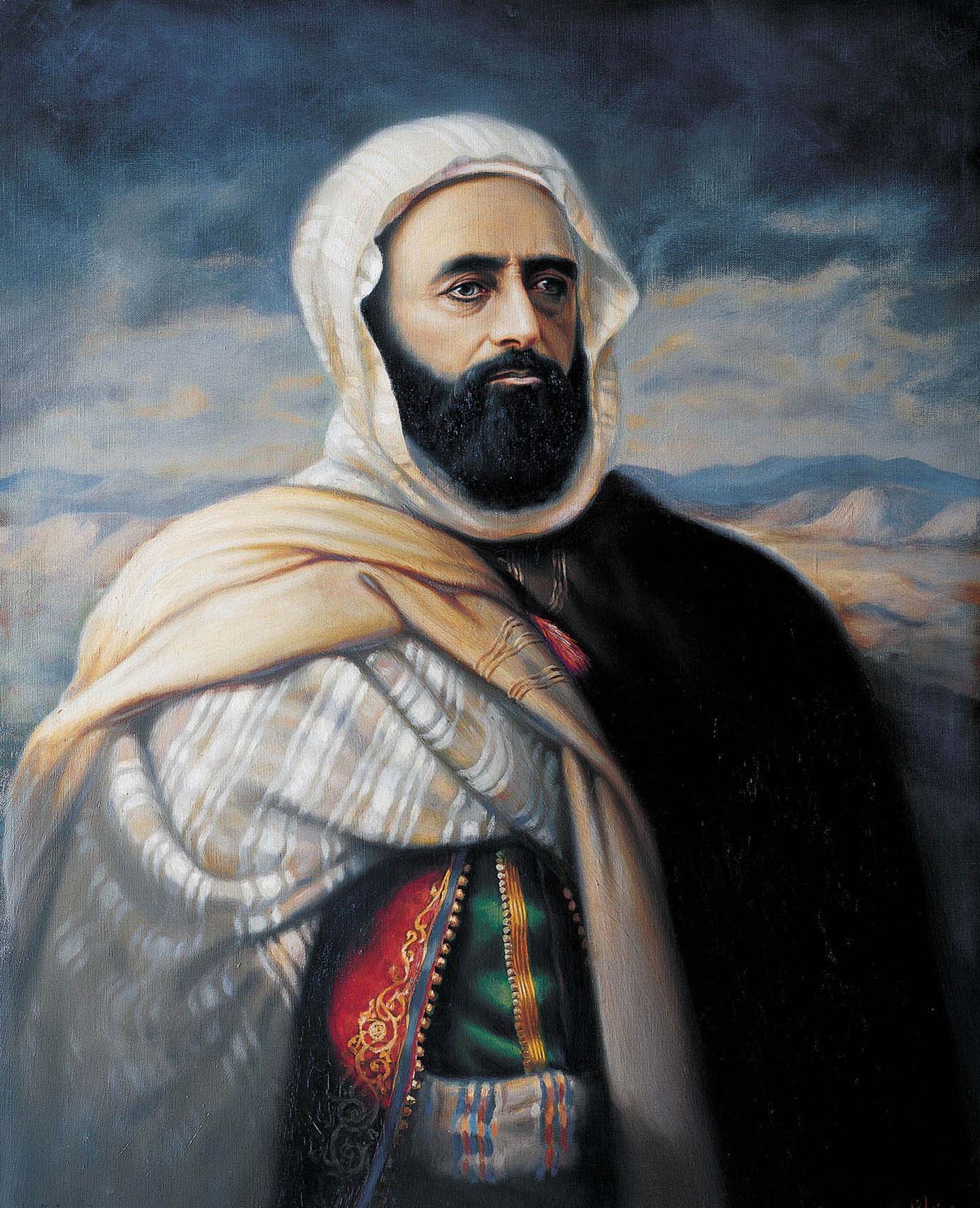 Abdelkader Ibn Muhieddine known as the Emir Abdelkader or Abdelkader El Djezairi. He was proclaimed Emir „Prince“ on November 25, 1832 by a congress of Tribes and recognized as such in Mascra (city which was Capital of the Beylik-Governorate of the West until the departure of the Spaniards in 1792) then in other cities of the country. His power base was in the western part of Algeria, where he was successful in uniting the tribes against the French. His authority has expanded to cover most of the Algiers region (except Algiers and a part of Mitidja) to the borders of Beylik of Constantine.

The French landing in Algeria, in the Beyliks of the West and the center of the country, was to be marked by the role of Emir Abdelkader and his attempt to build a State likely to replace the Ottoman Regency. His Government maintained an Army and an Administration, collected taxes, supported education, undertook public works, put in place agricultural and manufacturing cooperatives to stimulate economic activity and established a unit of currency named “Muhammadiyya”.

The war which the Emir led against the French until 1847, created in Algeria the conditions of a new form of unity and aspiration of an incontestably national character which persisted through the different resistances experienced by the country in an uninterrupted way since the French invasion until the restoration of the independence and sovereignty of Algeria. 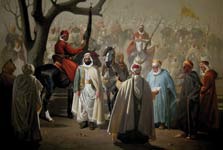 After his imprisonment in France in 1848 and his exile to Damascus in 1855, the consistent regard of Abdelkader El Djezairi for what would now be called ¨human rights¨, especially for his chivalry treatment of the French captives drew widespread admiration, and a crucial intervention to save the Christian community of Damascus from a massacre in 1860 brought to him honors and awards from around the world including France, which awarded him the distinction of “grand Cross of the Légion d’Honneur” after being considered as an enemy of France during the first half of the 19th Century.