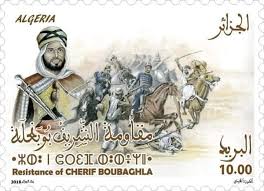 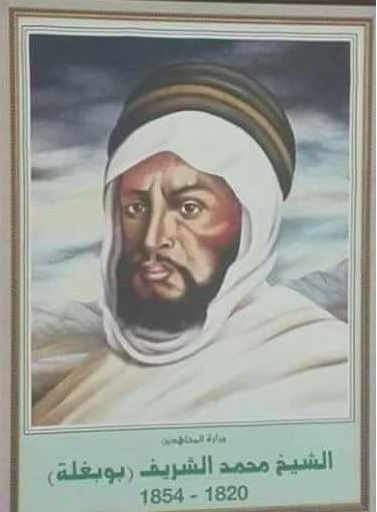 Mohammed Lamjad ben Abdelmalek, known as Sharif Boubeghla, was the initiator of a popular uprising, which bears his nickname, against the French colonization in the region of Djurdjura, low Kabylia. He directed this insurrection until his death on December 26, 1854.

Boubeghla managed to defeat a detachment of the French army in a clash near Boghni, August 18, 1851 and caused a lot of casualties among the ranks of different French expeditions. After two defeats, Cherif Boubaghla, tried to gather new supporters, until June 19, 1851 where he is wounded in the head, during a fight which took place in the village of Tighilt Mahmoud near Souk El Tenine (Bejaia).

In 1853, Boubeghla took advantage of the sending of many French troops to participate in the Crimean War, to revive the insurgency movement.

Having become the first target of the French Governor of the Region, General Randon, who mounted an expedition in mid-1854, thanks to many reinforcements, the tribe of Ath Djennad, support of Boubaghla, is mated following the taking from the village of Azib. Then, the assault is given on other tribes who gave support to Boubeghla.
Cherif Boubaghla, wounded and having suffered heavy casualties, then leaves the region to return to Ath Mlikeche, where he resumes his organizational work. 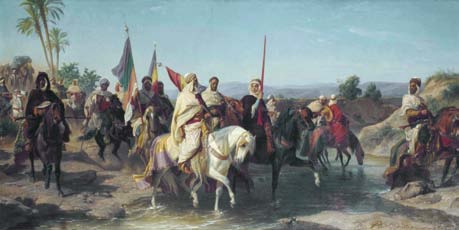 Among other things, he managed to ally himself with Lalla Fatma N‘Soumer and was killed on December 26, 1854 following a denunciation.